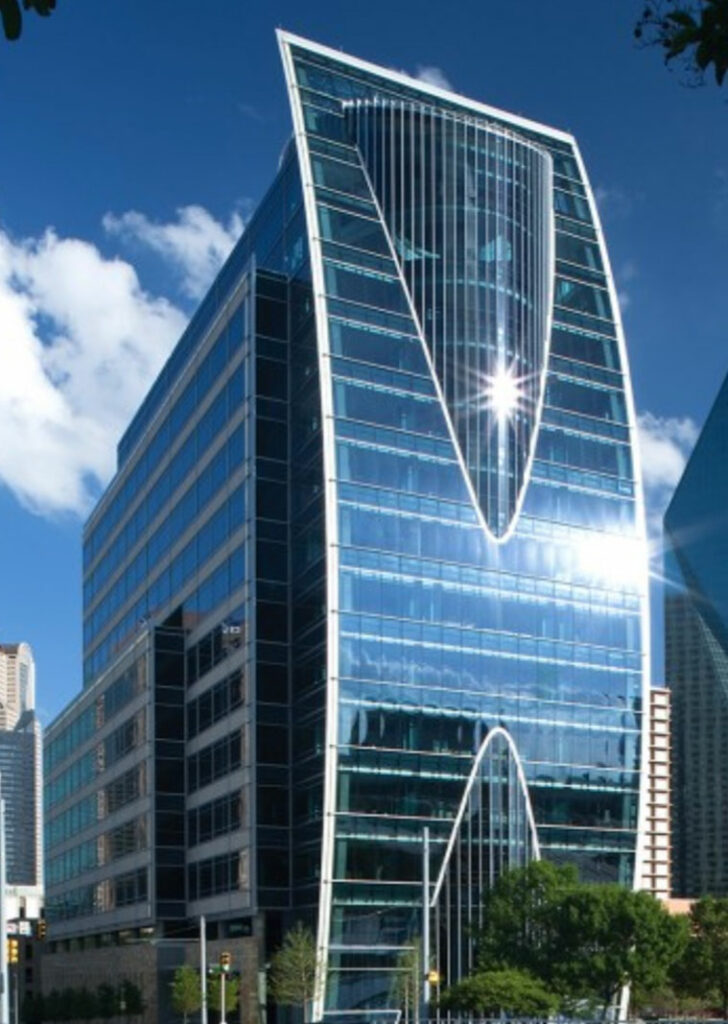 Located in Dallas, Texas, the new Hunt building was constructed in 2007 enhancing the community’s Central Business District – and it was Barry Entner who enhanced the space itself after Gensler Design requested his participation in the project. The initial thought process was to commission Entner for two 250-piece sculptures – but once the executives-in-charge visited his Rhinebeck studio, Entner was asked to create two more chandeliers using his unique hand-formed, steam-blown glass techniques.

As the stunning works of art were being installed, Mr. Hunt responded by saying, “This is the pièce de résistance of my building.” 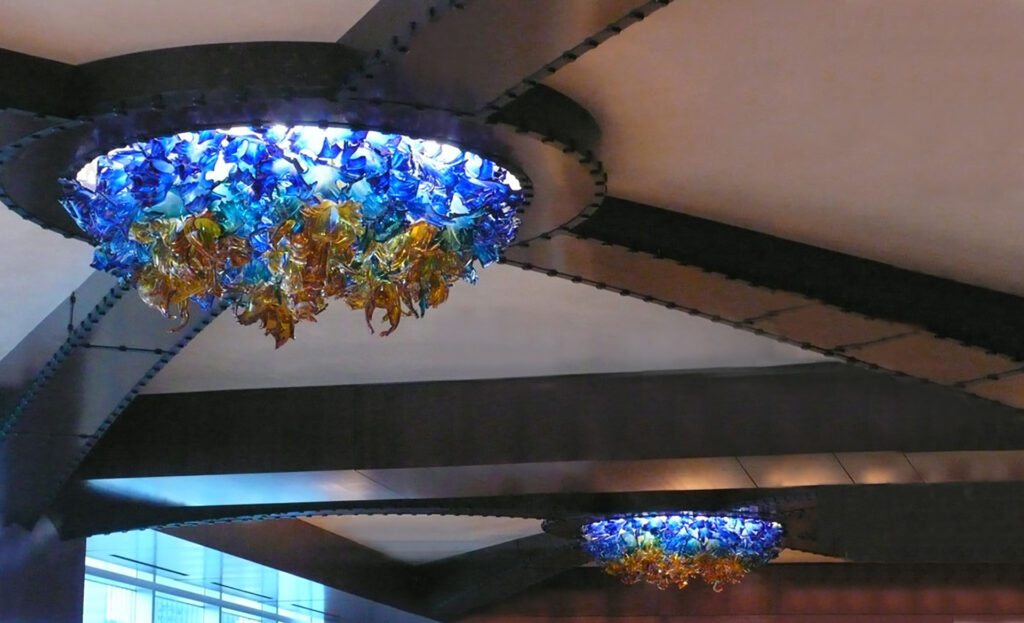 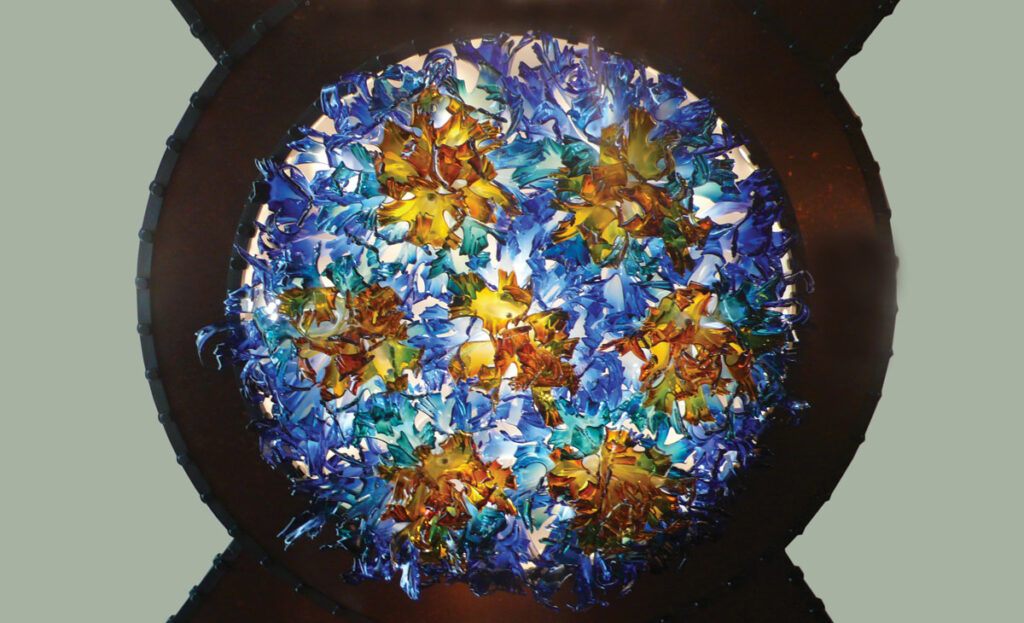 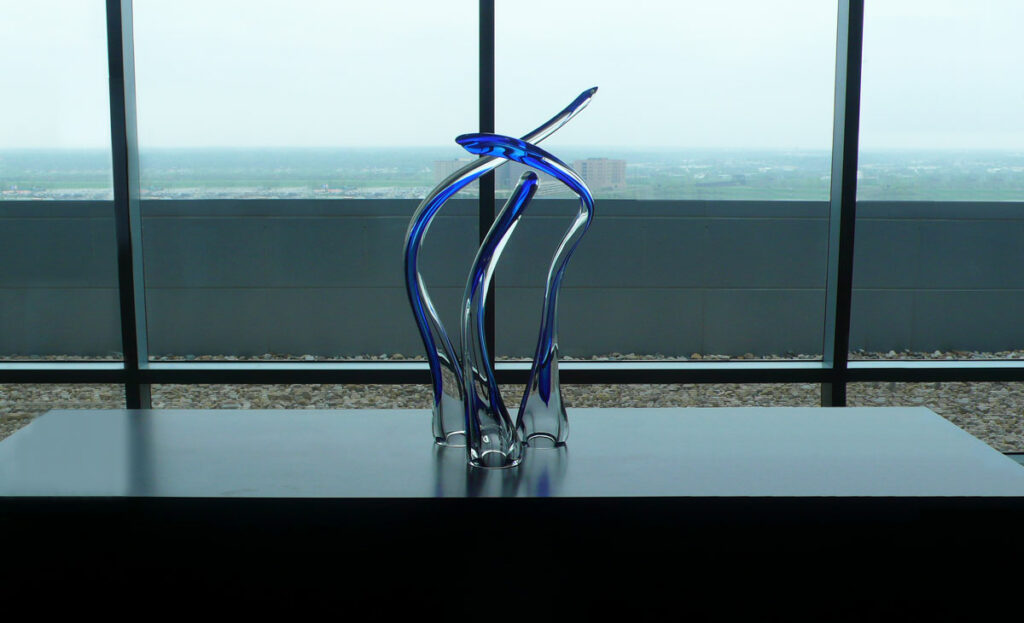